Why Use Pure CBD Oil With Melatonin For Insomnia?

Why Use Pure CBD Oil With Melatonin For Insomnia? 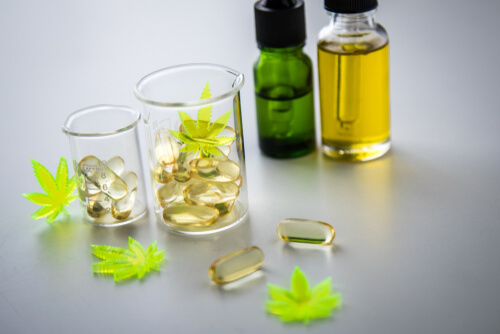 Insomnia is a rising sleeping disorder among the working younger generation due to the stress from work and it is a major drag. Many of the effective treatments available use narcotic drugs and can have adverse side effects on long-term usage. One of the least harmful among them is the use of melatonin replacement therapy to get better sleep. However, one of the prominent CBD health benefits is its ability to induce sleep and it has been found that using it in conjunction with melatonin is more effective than using them alone. You might be wondering how?; read on to know more.

Why Do People Use Melatonin?

Melatonin is a hormone secreted by the pineal gland that regulates the sleep wake cycle and its level fluctuates according to the time of the day. After sunset, its secretion increases peaking at hours between 11PM and 3AM. So, this hormone plays an important role in circadian rhythm, any abnormality in its systemic concentration results in sleep disorders. People suffering from insomnia use synthetic melatonin that work on melatonin receptors MT-1 and MT-2 in the brain to get healthy sleep.

As mentioned in the introduction, one of the major CBD health benefits is its sleep inducing quality because of its effect on the endocannabinoid system (ECS). The ECS is a network of neurotransmitters and hormones secreted by the endocrine system that regulates the homeostasis. Besides, cannabidiols stress and anxiety reducing effects makes it effective in tackling the underlying causes of insomnia in many cases. Because of this, it reduces cortisol levels and thereby promotes better sleep.

Due to CBD’s positive effect on the ECS, it ensures better functioning of the endocrine system that includes the pineal gland which secretes melatonin. So using a product like pure CBD oil before sleep helps to achieve better sleep in most cases.

CBD induces better sleep by enhancing the endocannabinoid system (ECS) through its influence on the CB1 and CB2 receptors of this system. The melatonin receptors MT-1 and MT-2 are similar in structure to the ECS receptors mentioned earlier. So, using CBD oil along with synthetic melatonin is a better option for tackling insomnia than using benzodiazepines that have side effects like dependence, addiction, withdrawal symptoms etc.

How To Use Pure CBD Oil And Melatonin Together

Effective starting dose for melatonin is 0.3 to 0.5 mg and in some cases higher doses up to 3 to 5 mg are required depending on the severity. In the case of CBD oil, it is better to start with a lower dose of 10 mg of CBD. After this, you increase the dosage of both according to your requirements until you arrive at the optimal value that gives the best result.

More and more people are discovering the advantages of combining CBD health benefits of inducing sleep with that of melatonin’s in treating insomnia. 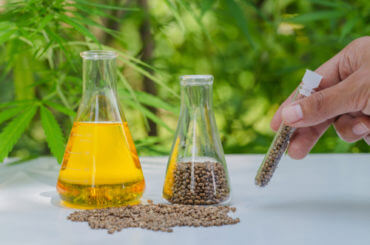 What Is Jet Lag And The Use Of Pure CBD In Its Treatment?